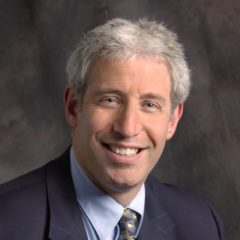 Howard C. Mandel, MD, FACOG, is a practicing Obstetrician Gynecologist who has dedicated his life to the practice of high-quality health care and assuring access to such care. To this end, Dr. Mandel’s extensive leadership in political advocacy and his education of the public has spanned over 35 years.  He has held positions and chaired Board of Directors of several not-for-profit and educational institutions, served on advisory panels and councils, and has received recognition for his leadership locally, statewide and nationally.

Born in Brooklyn, New York, Dr. Mandel received his degrees from The Johns Hopkins University and New York University School of Medicine.  His exposure early on to the medical care of the indigent at both Johns Hopkins Hospital and Bellevue Hospital bonded him to the defense of those who could not help themselves. As a volunteer at the Saban (Los Angeles) Free Clinic for three decades, Dr. Mandel has advocated for equal access to health care for women, children, the homeless and the working poor.

Dr. Mandel currently advises Senators Michael Bennet and Mark Warner on health care policy. He also serves as the President of the City of Los Angeles Health Commission. He has advised the House of Representatives serving on the National Physician’s Council for Health Care Policy and has previously served on “Obama for America Health Policy Advisory Committee”. He was a National Co-Chair of Run Biden 2016 and was an advisor to Vice President Biden on health care issues during his 2007/2008 presidential campaign.

Likewise, he has served on several local and statewide governmental advisory panels, assisting Assembly members Burt Margolin, Barbara Friedman, Susan Davis, Wally Knox and Paul Koretz. He was an early supporter of Governor Howard Dean’s 2004 presidential campaign, a member of the “Dean’s List” and a founder of “Doctors for Dean”. He later was one of three founders of “Doctors for Kerry” and served on the then California Attorney General, Kamala D. Harris’ “Smart on Crime” Health Committee.

In addition to teaching and lecturing on topics such as Ob/Gyn Emergencies, Umbilical Cord Blood Banking, Menopause, Women’s Health and Health Care Economics, he has appeared as an expert on numerous television news and informational programs on NBC, ABC, CNN, KTLA, KCOP, E! Entertainment and UPN, and has made appearances on The Dennis Miller Show, The Mo Show, Strange Universe, Borderline and Medically Incorrect.

Dr. Mandel lives in Los Angeles with his wife Dr. Susan Mandel and has two children, Spencer, age 34 and Mallory 32.